In this Brown Sugar Hawaiian Roll Ham Sliders recipe, the sweet rolls are cut in half and stuffed with a thick layer of sliced ham and cheddar cheese before being brushed with a sweet and spicy brown sugar glaze and baked. In other words, it’s heaven on a plate! 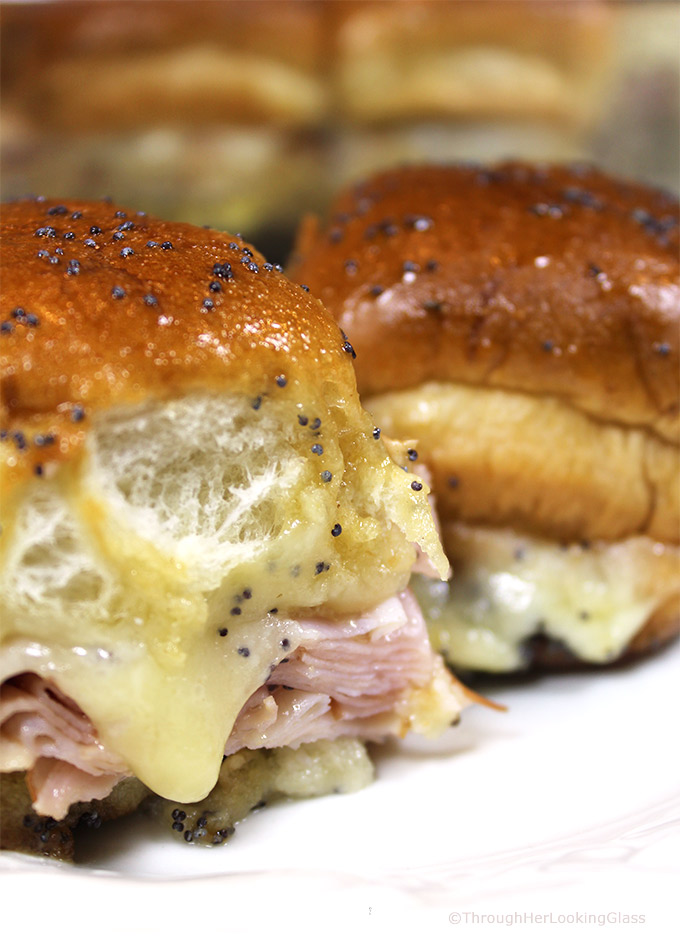 These deliciously sweet and spicy Hawaiian roll ham sliders are an irresistible crowd-pleaser, making them ideal for picnics, parties, and tailgating. Plus, they’re super easy to put together and will be ready in no time!

The glaze is what makes this dish! It’s a balanced mix of dry mustard, butter, brown sugar, and Worcestershire sauce. Then, the ham and cheese sliders are baked until the cheese is soft and melty. They make a full dish on its own, but they also go great on the side with cheese boards, stuffed jalapeños, roasted asparagus, fried pickles, or onion.

We recently joined my aunt, cousin, and family up at their lovely summer cottage on Joe’s Pond in Danville, Vermont, for a long weekend. The summer home has been in my extended family for as long as I can remember — maybe even before I was born — and it holds many sweet memories through the years. We held family reunions there, and our various families rented cottages around the lake.

During the day, we’d hike, fish, sail, water ski, chat and play tennis. In the evenings, we’d gather for meals at a different cottage each night, often taking canoes, motorboats, or kayaks across the pond to get there. A highlight of spending time with my extended family is always the excellent food. My mom, aunts, and cousins seem to instinctively know how to make wonderfully delicious meals with fresh ingredients that feed multitudes. It must be in the genes.

This past summer was no exception. Up at the cottage, we were treated to a number of scrumptious new recipes, including this recipe for Brown Sugar Hawaiian Roll Ham Sliders with Vermont Cheddar that I’m sharing with you today! 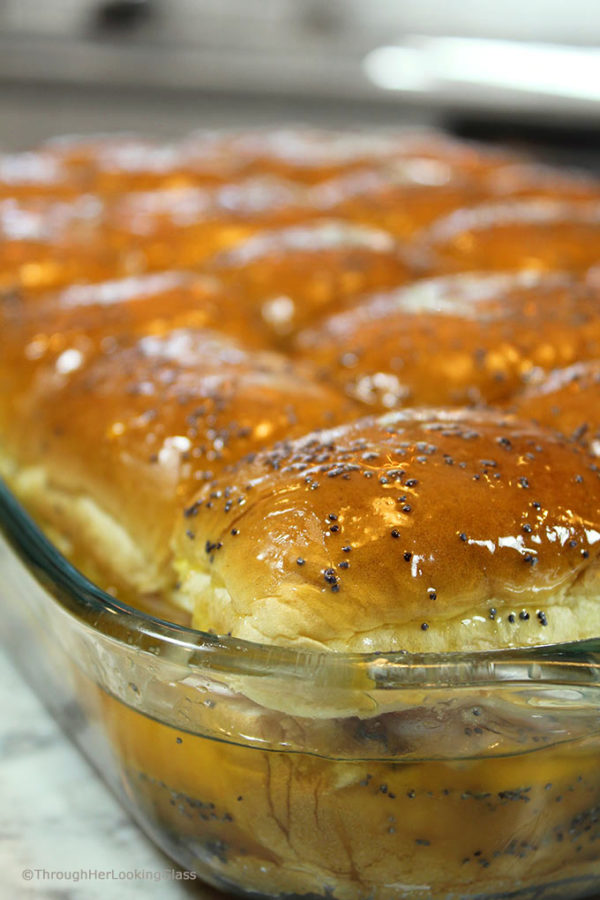 This Baked Hawaiian Roll Ham and Cheese Sliders recipe is twofold — the sandwiches and the glaze.

How To Make Baked Ham and Cheese Sliders 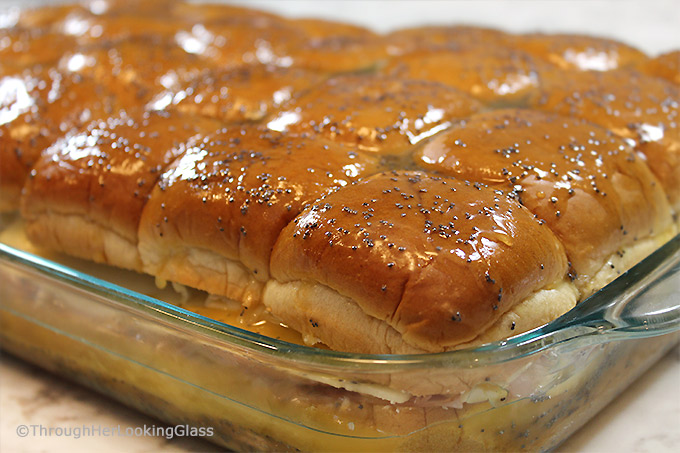 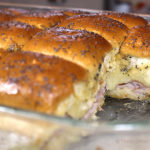